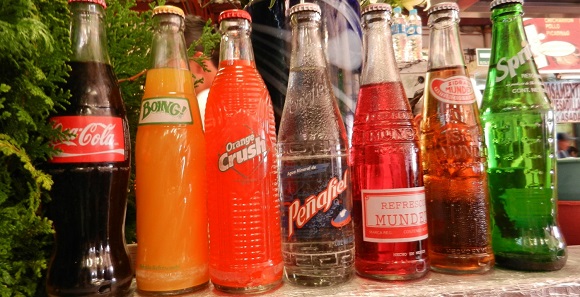 With myriad studies suggesting a link between consumption of sugar-sweetened beverages (SSBs) and obesity and cardiac problems, a critical need exists to guide people toward better dietary choices. UNC’s Global Food Research Program (GFRP), housed at the Carolina Population Center, is a world leader in collaborating with countries and communities to design and evaluate large-scale regulatory efforts.

The impact of work by program director Barry M. Popkin, PhD, and colleagues can be seen in countries from Chile to China. In 2011, Mexico, where coronary artery disease and diabetes are the two leading causes of death, had the largest per-capita intake of soft drinks in the world. To address this, the country implemented a 10 percent excise tax on SSBs in January 2014, an effort on which Popkin, who is W.R. Kenan Jr. Distinguished Professor of nutrition, advised.

In January 2016, the first peer-reviewed study examining the effects of the Mexican tax was published in BMJ (formerly the British Medical Journal). The study, co-authored by Popkin, Shu Wen Ng, PhD, research associate professor of nutrition at the Gillings School, and others – found an average 6 percent decline in purchases of taxed beverages during 2014, with a 12 percent reduction by December 2014. The tax had the greatest impact among lower socioeconomic households, with a 9 percent average decline in purchases of sugary drinks over 2014 and a 17 percent decline by year’s end.

“The benefits of such a tax will be enormous, particularly in low-income populations which have the largest proportion of untreated diabetes and hypertension,” says Popkin. “The Mexican tax is proof that these taxes have an impact – especially on lower-income households, which are most vulnerable to inexpensive soft drinks and junk food.”

Popkin says that SSB consumption is growing exponentially in every country except Mexico. “The tax in Mexico is having an important effect on people learning about the problem of SSBs,” he says, “but we need the tax to make a change in behavior.”

Popkin’s research findings were instrumental in a decision by the Mexican government to continue the tax. Similarly, municipalities in the U.S. and other countries are using the findings to justify the institution of an SSB tax. Popkin estimates that, in 2016, 31 U.S. communities will push for a vote on SSBs, as will a number of countries, including England and New Zealand.

Carolina Public Health is a publication of the University of North Carolina at Chapel Hill Gillings School of Global Public Health. The magazine includes news of faculty research, first-person accounts of the life of public health professionals and reports on partnerships with other schools and with corporations and foundations.